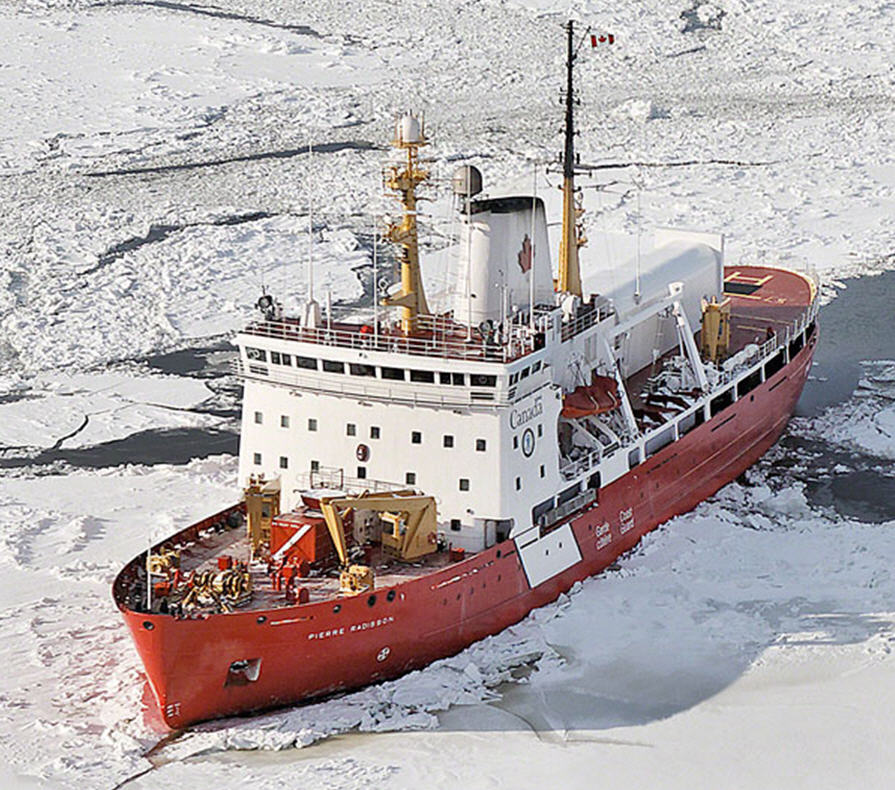 The CCGS Pierre Radisson is based in Québec. Her powerful diesel-electric propulsion system powers her through ice a meter thick at a speed of 6 knots. She is an essential tool in the Canadian icebreaking program.

The vessel can carry sufficient provisions for 140 days and enough fuel to travel 15 000 nautical miles at cruising speed. She is fitted with equipment that can turn salt water into drinking water to meet the needs of at least 80 people. In addition to sophisticated navigation and communication equipment, she has a landing deck and a helicopter.

Every summer, the vessel travels to the Canadian Arctic to escort commercial ships and start up and maintain navigation aids. While in the Arctic, the Pierre Radisson also serves as a primary search and rescue unit and provides support to scientific missions when possible.